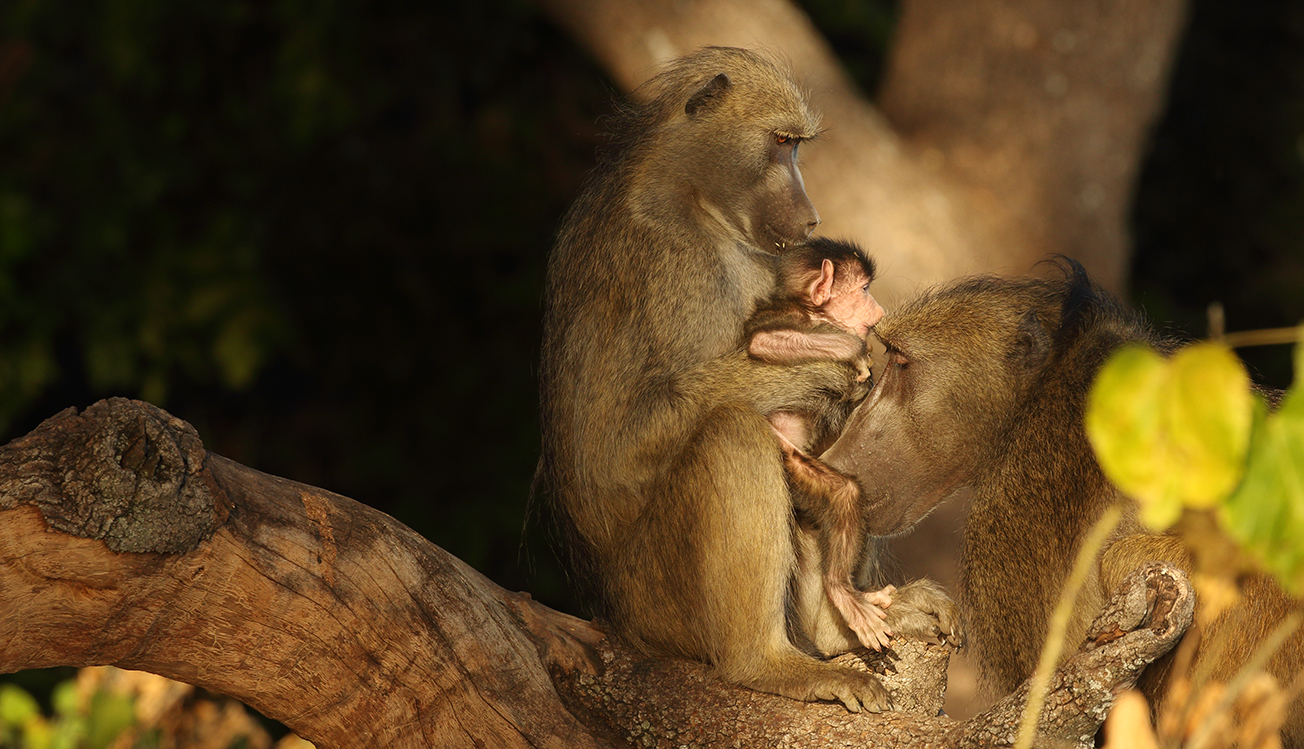 When Africa Running Wild Safaris takes people to Africa, one thing you can be assured of seeing are the Baboons.,There is no shortage of this awesome creature. Many people tend to pass this creature by and tend to focus on the bigger and more impressive looking creatures of Africa. 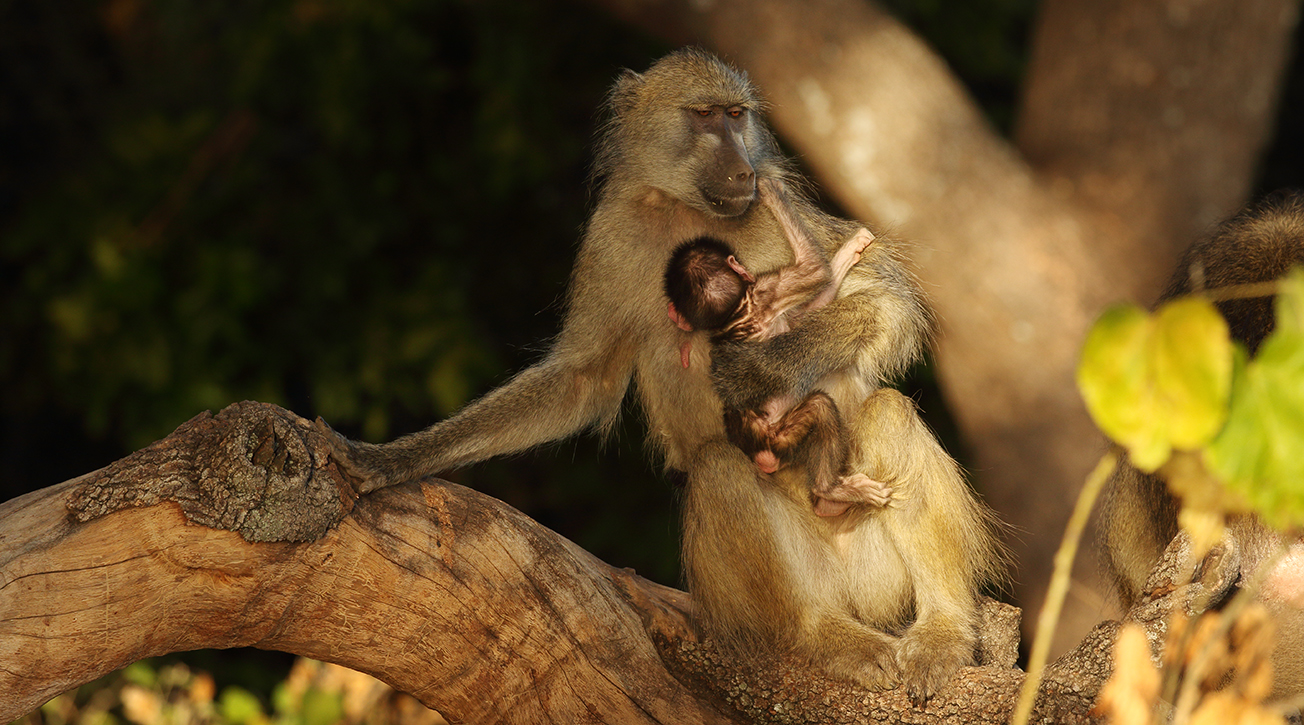 For those who have been to Africa to see these creatures, have you ever actually stopped for a good amount of time and observed what takes place? If you haven’t then sometime down the track, it is worth doing as their social net work is amazing . 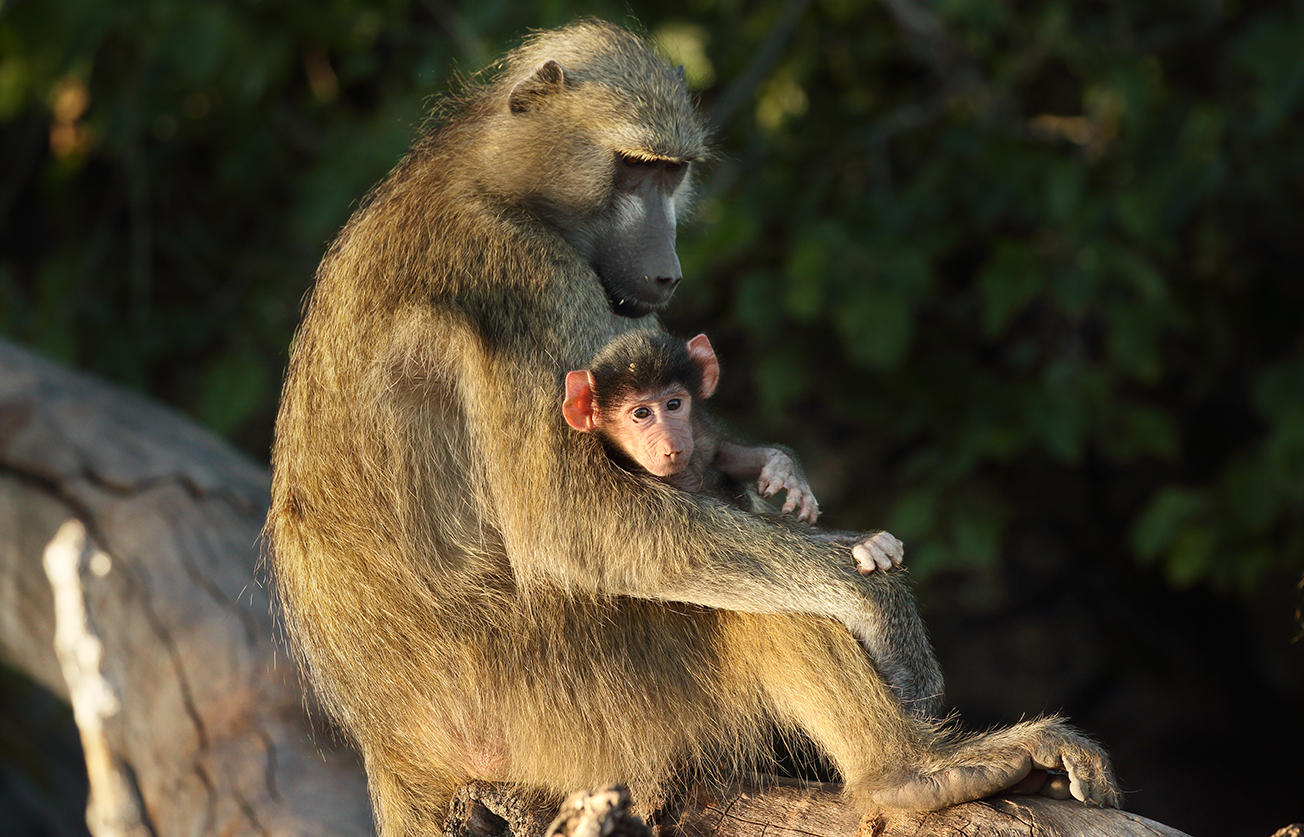 The tufts of hair on either side of their faces and large, hairless bottoms that can turn red make themselves stand out and you can’t but help to know who they are. 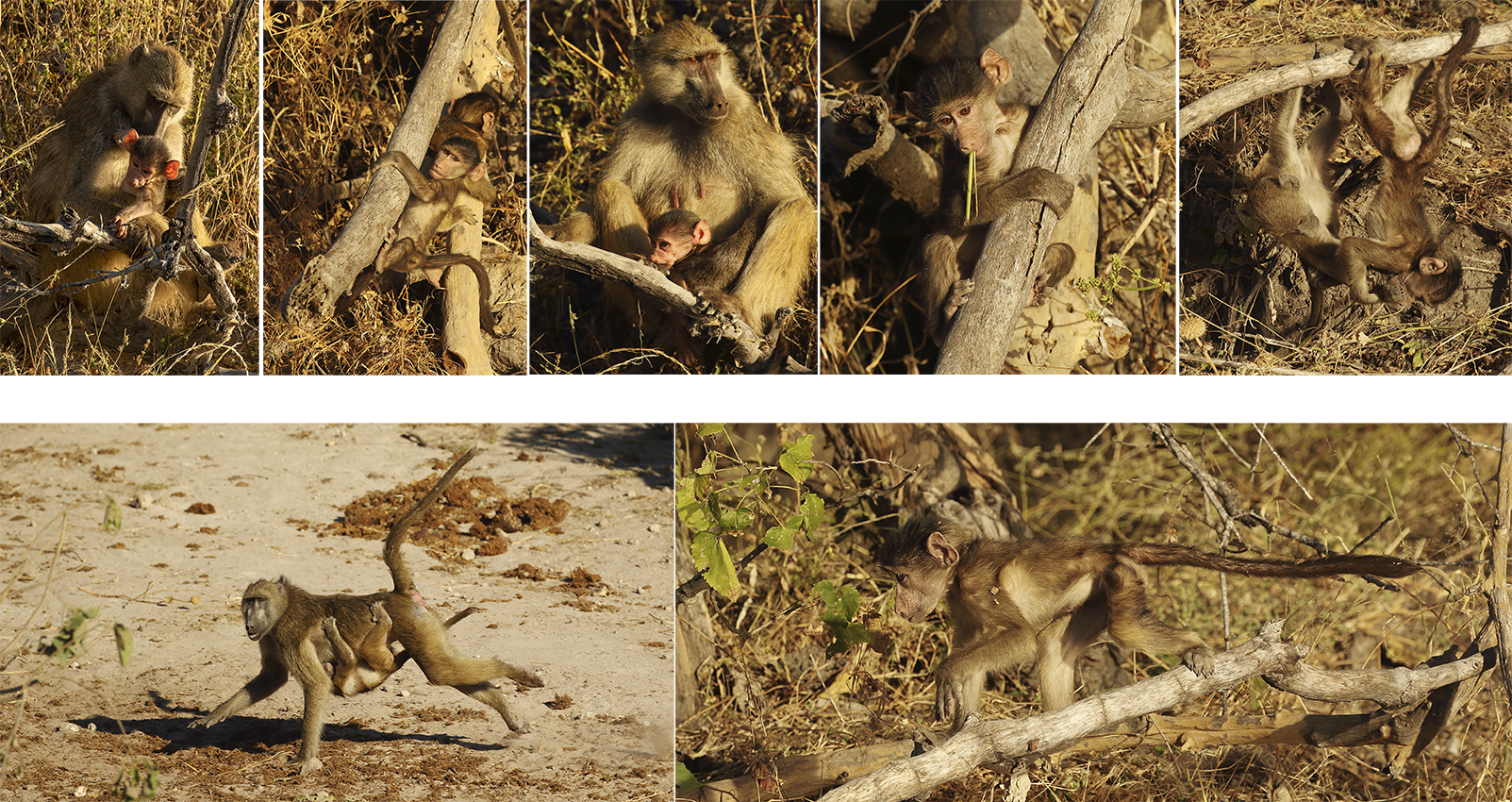 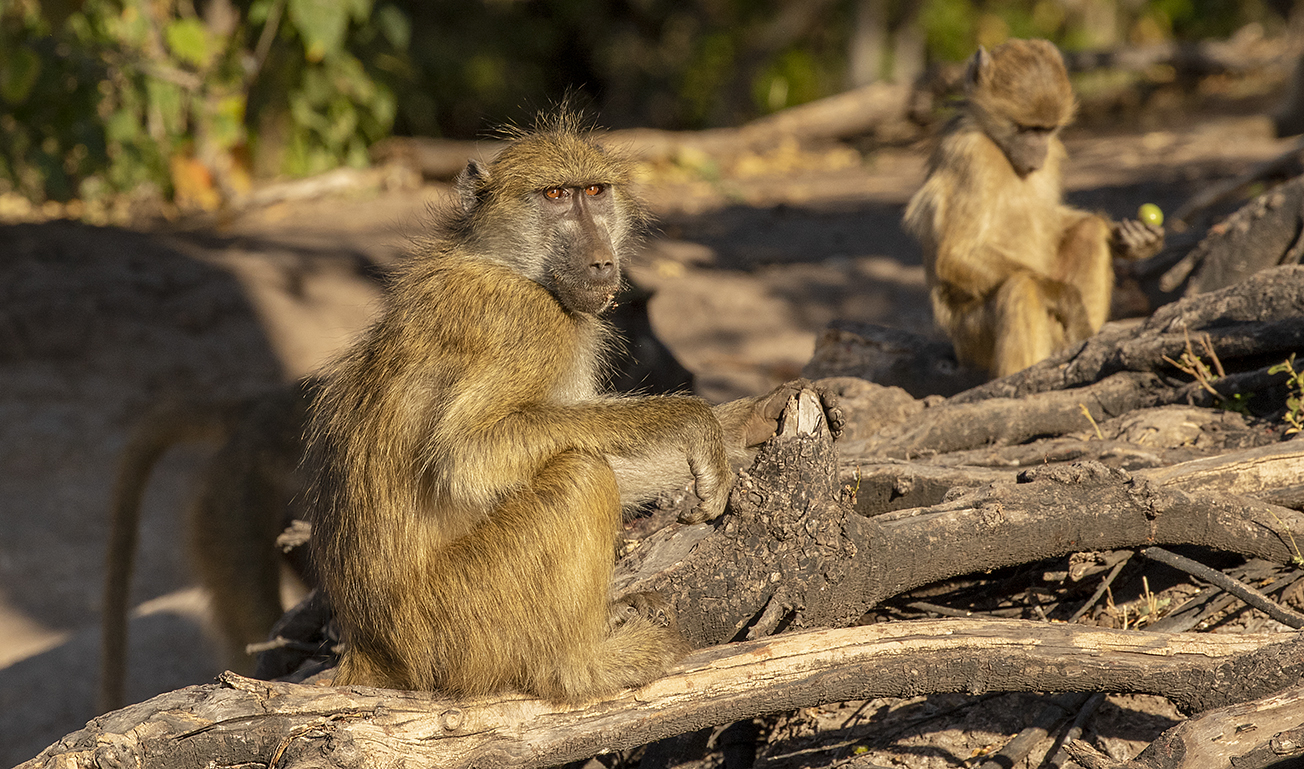 The size of these creatures is approximately from 60 to 86 centimeters) and their tails add an additional 41 to 58 cm to their size. They weigh 22 to 37 kilograms and this depends of the season that they are having. The rains like in all areas of Africa is what supplies them their food . 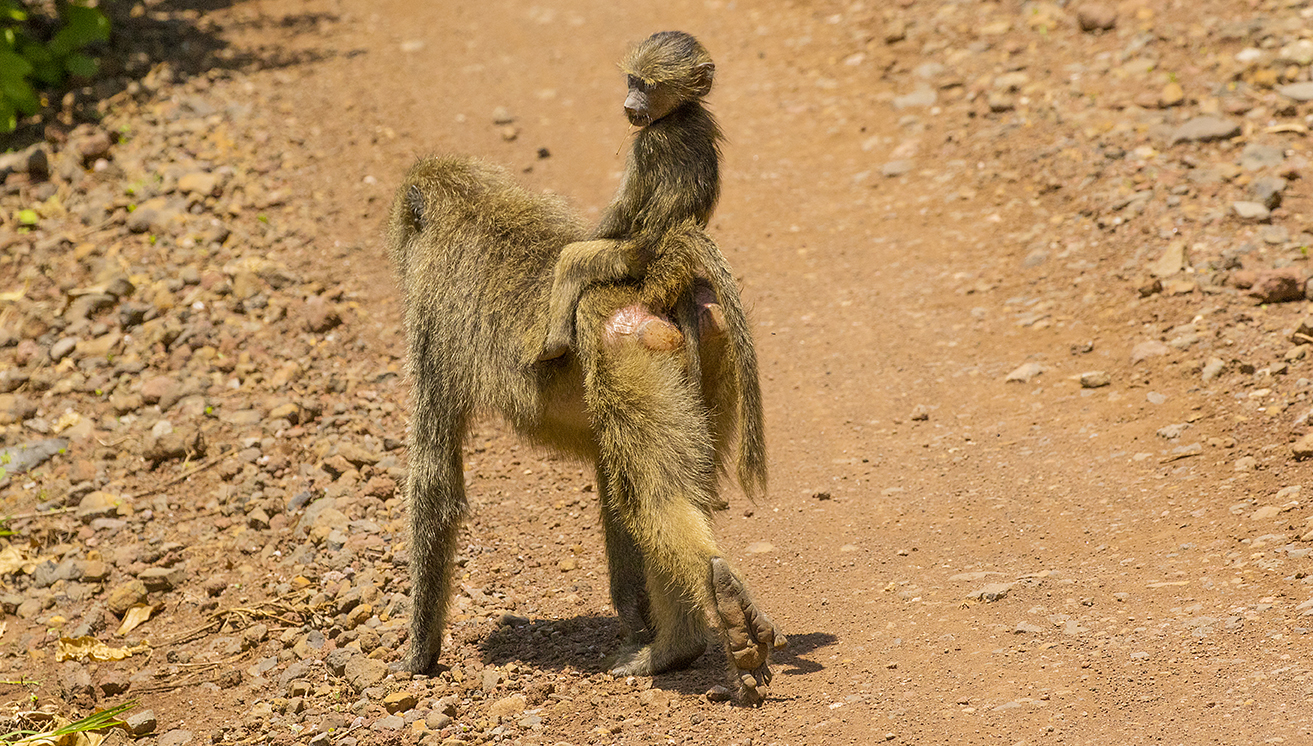 Baboons live in Africa and Arabia. There are four species, the chacma, olive, yellow and Guinea, live in the savannahs. Others live in other semi-arid habitats, though some baboons can sometimes be found in tropical forests. The Hamadryas baboon lives in the hills along the Red Sea.

Like the Elephant they are extremely social and there social net work can be very complex with many aspects to it. A group of Baboons is called a Troop and it is the dominate males that runs the Troop and all males are usually ranked in dominance by age and size as compared to the females that are ranks according to their birth time. 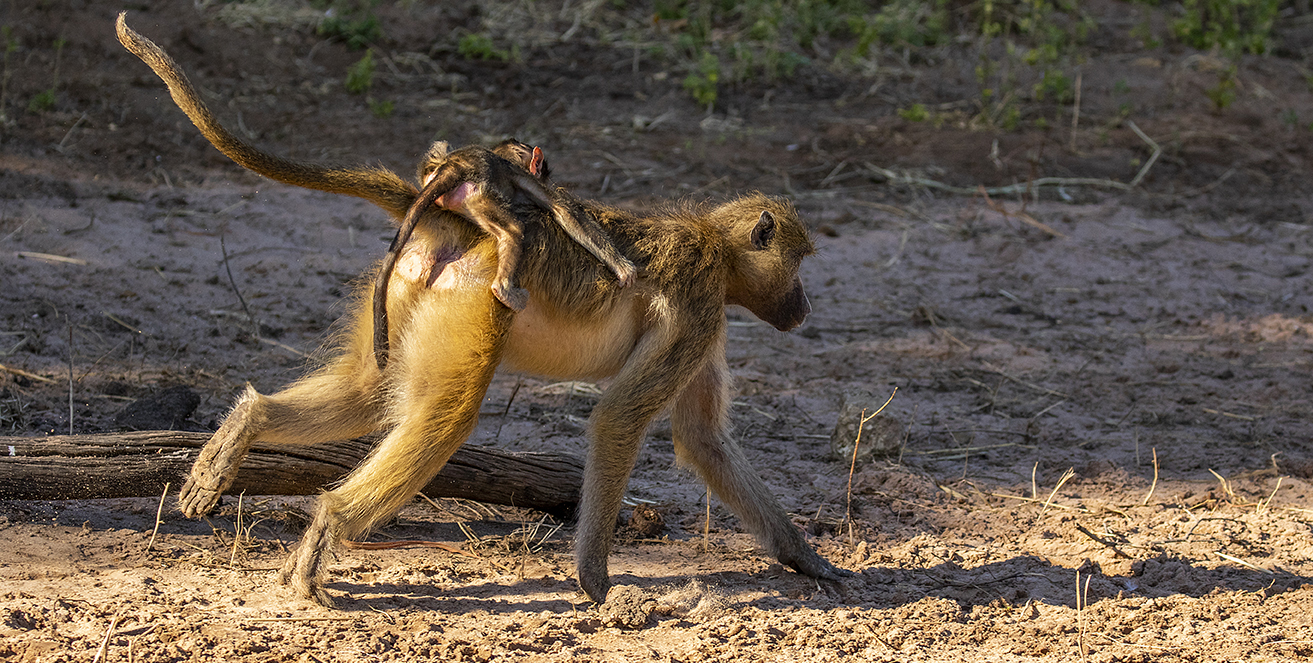 From a photographic point of view, if you have the time to wait and observe, you will be able to get so many awe inspiring shots as they are a photographers delight to photography. The pictures that are used in this blog is only a fraction of what I have photographed over time.It is also fascinating seeing them pulling the elephant dung apart looking for the seeds that lies within and by pulling the elephant dung apart, this also helps fertilizering the ground, particularly after rain.

Their diet consists of grasses, fruits, plants, roots, bark , rodents, young antelopes and other mammals. Their razor sharp teeth easily tears apart of what they need to. 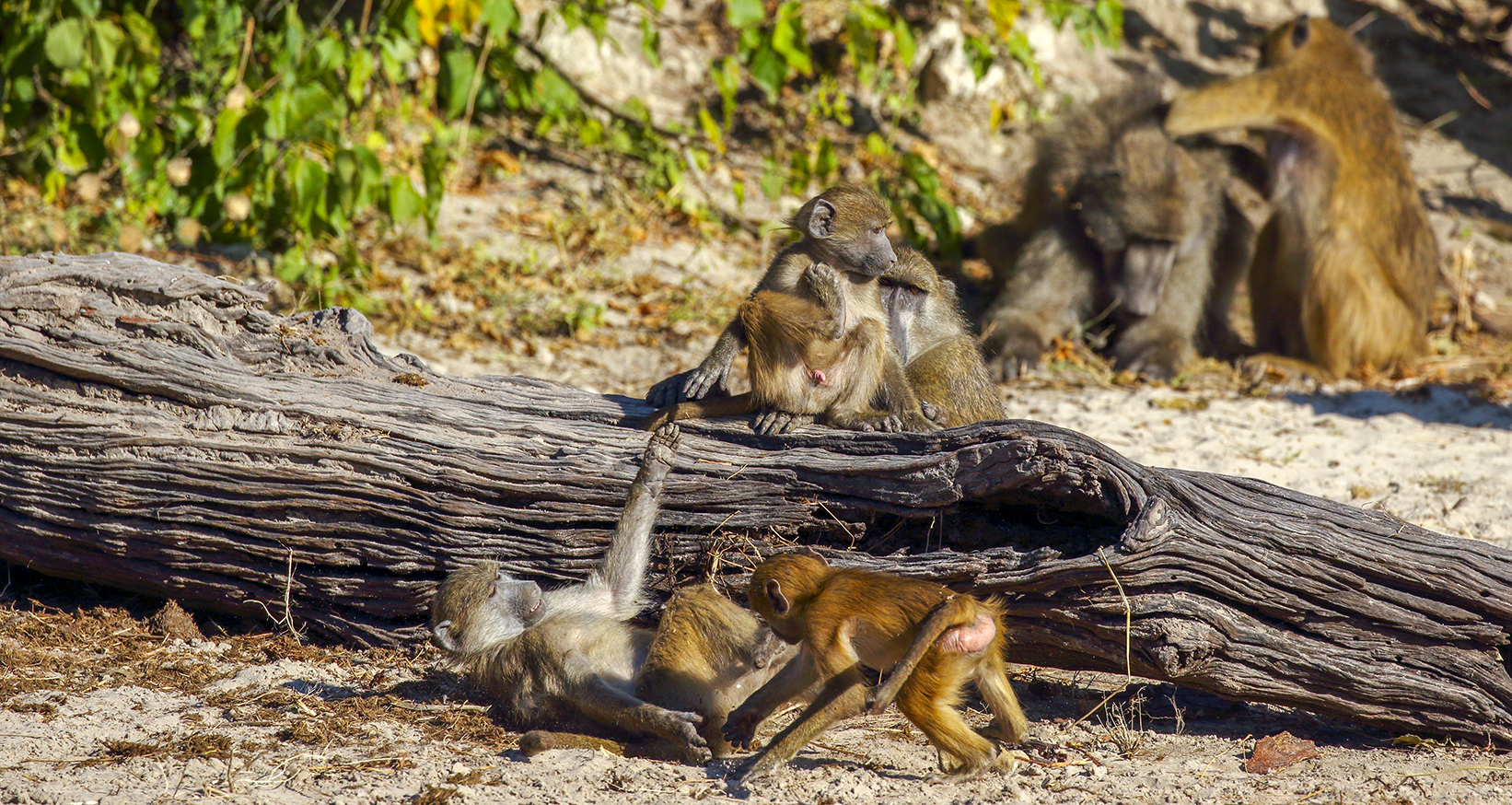 Baby baboons are called infants and at birth they usually weigh as small as a1 kilo.They wean of the mothers breast around the 3-4 months and after will have many tantrums when it comes to that weaning period where they need to leave the breast and grow to the next stage of their life.

They carry their young for just under 6 months. When birth is about to take place, they female tends to be hidden in the thicket of bush for protection and her labour generally is around 2 hours.

She is very resourceful as she assists the infant as it is born, pulls it up to her chest, usually consumes the placenta and cuts the umbilical cord, and then cleans the wet infant. Fir birth twins are rare and if they are born, they usually don’t survive. How’s that for hands on.

The young infant is so robust as compared to us humans as just after a few weeks the infant can climb about, somewhat lopsided at first, and straight begins playing and exploring other foods and the menus keeps expanding .

Between the infant’s first and second birthday, it makes the transition from infancy to being a juvenile and then after 6-8 years, they become adults. 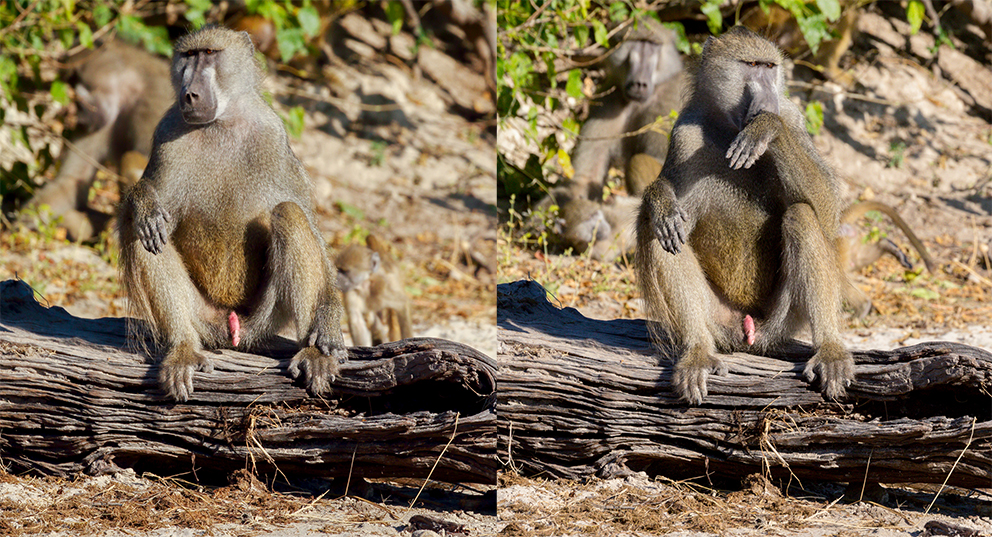 Males and females play in lots of ways like swinging from vines, playing games of chasey. Chaesy is fascinating to watch and photograph as you get some classic action shots and the chasey can lead to wrestling and tumbling down the small banks to the river.

Males and females play similarly and together, but by the time they are about three years old, the males play much rougher and the females spend more time grooming each other as well as themselves.When the female is ready to mate her bottom becomes swollen and red as a sign to the males that is ready to go. Her bottom can swell as much as 16.5 centimetres and as mentions, that’s her sign she is ready to go.

There is a difference between males and females is in the timing of their sexual growth. Around five years of age, female baboons reaches menarche . This is the time when she begins to experience regular reproductive cycles, each lasting about a month as in humans.Within the young adolescence females, their cycles at the start are intense moments of change and development. 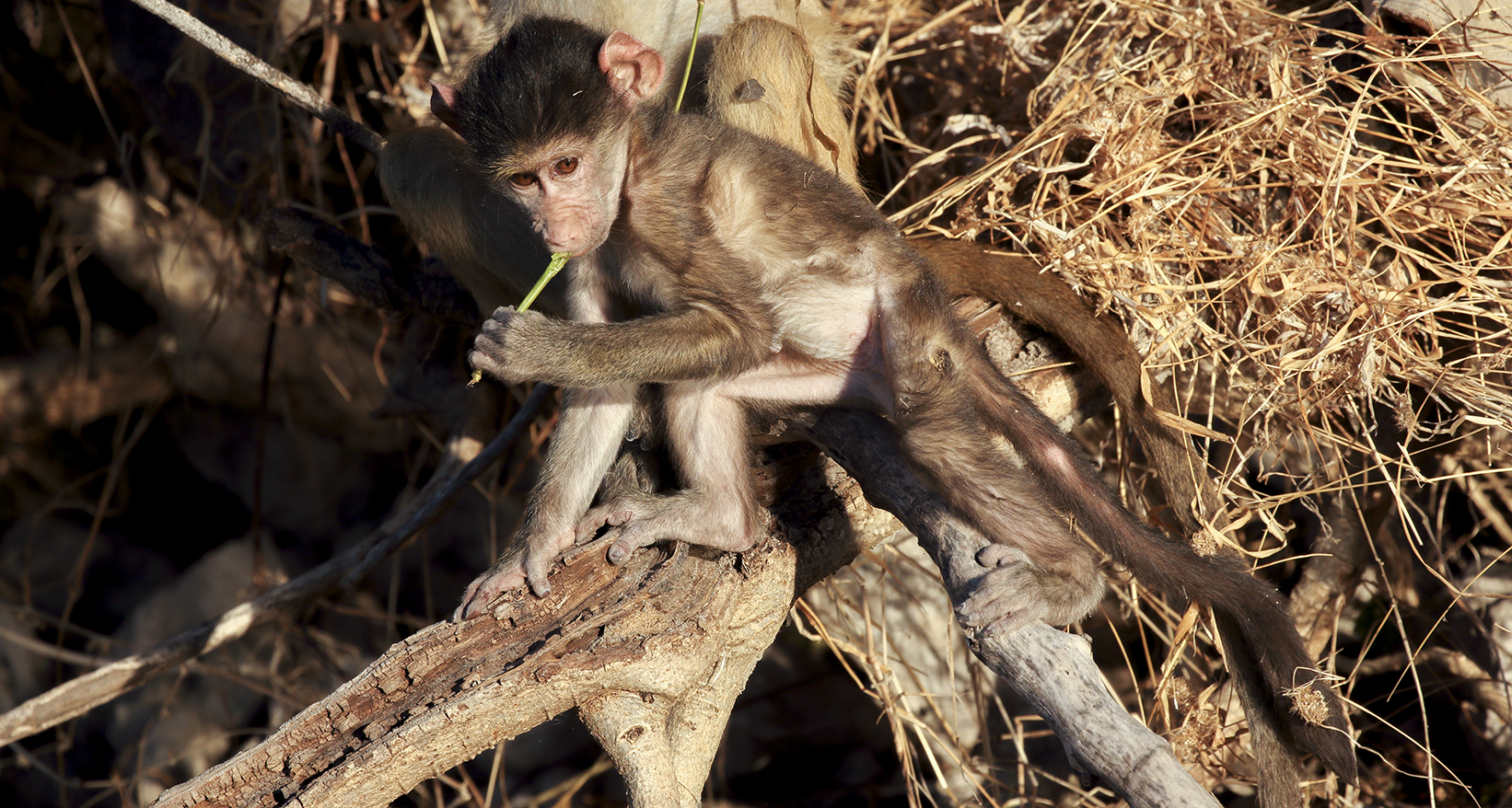 When the young female becomes very interested in adult male, she will approach the male back-end first, looking anxiously over her shoulder as she “presents herself” to the male.

The males will display a distinct lack of interest in these young females – a common sight in a baboon Troop is a male gazing off into the distance as a young and hesitant female is backing towards him, glancing over her shoulder with apparent tension and excitement. This practice may be repeated again and again over the course of a female’s first cycles, but usually within about five months, males begin to respond rather differently . 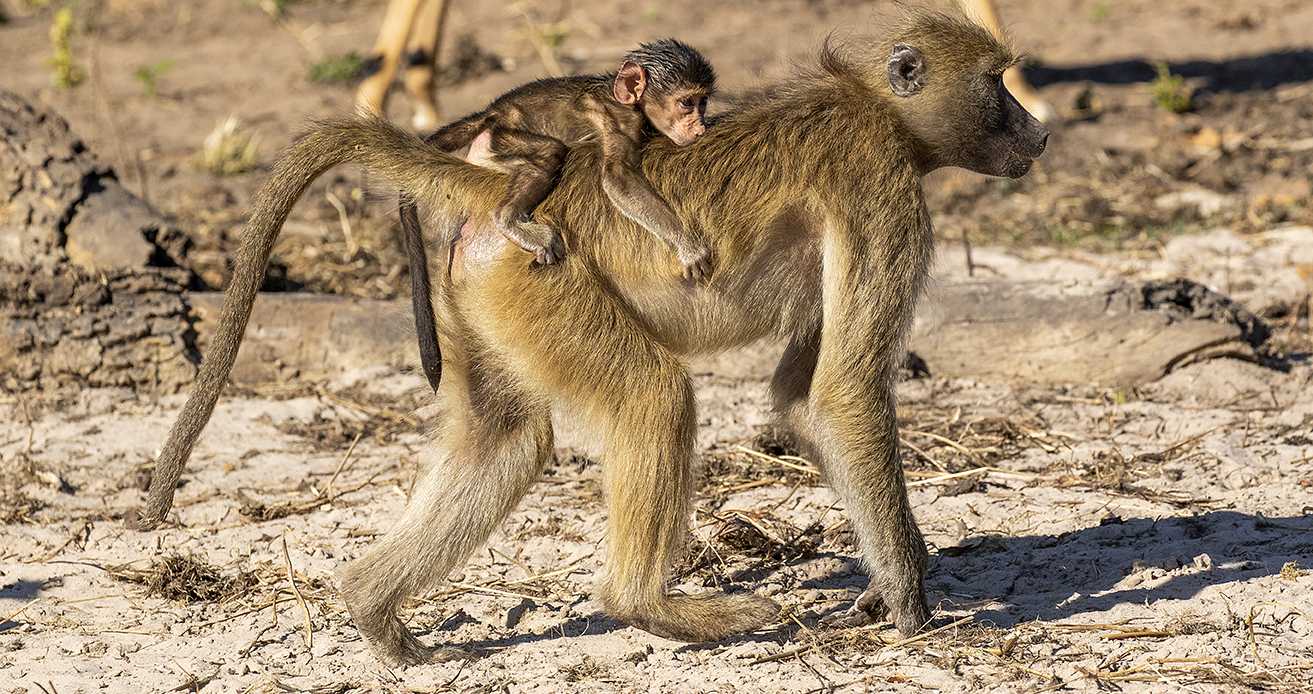 When the male becomes an adult, they leave the troops whereas the female stays and will live to roughly 30 years of age and the female can keep giving birth right to the end of her life.

When baboons do communicated to each other they have roughly 10 different vocalizations to communicate.

There predators are humans, cheetahs and leopards. Once again we keep popping up and we have a habit of that. As humans, we need to be driven by conservation and not greed when it comes to the animals of Africa.

As a photographer, there are so many moments of joy when photographing these creatures. When you have the young infants to work with they also give you so many wonderful moments as their cheekiness, rudeness and their play wrestling is a joy to photograph. 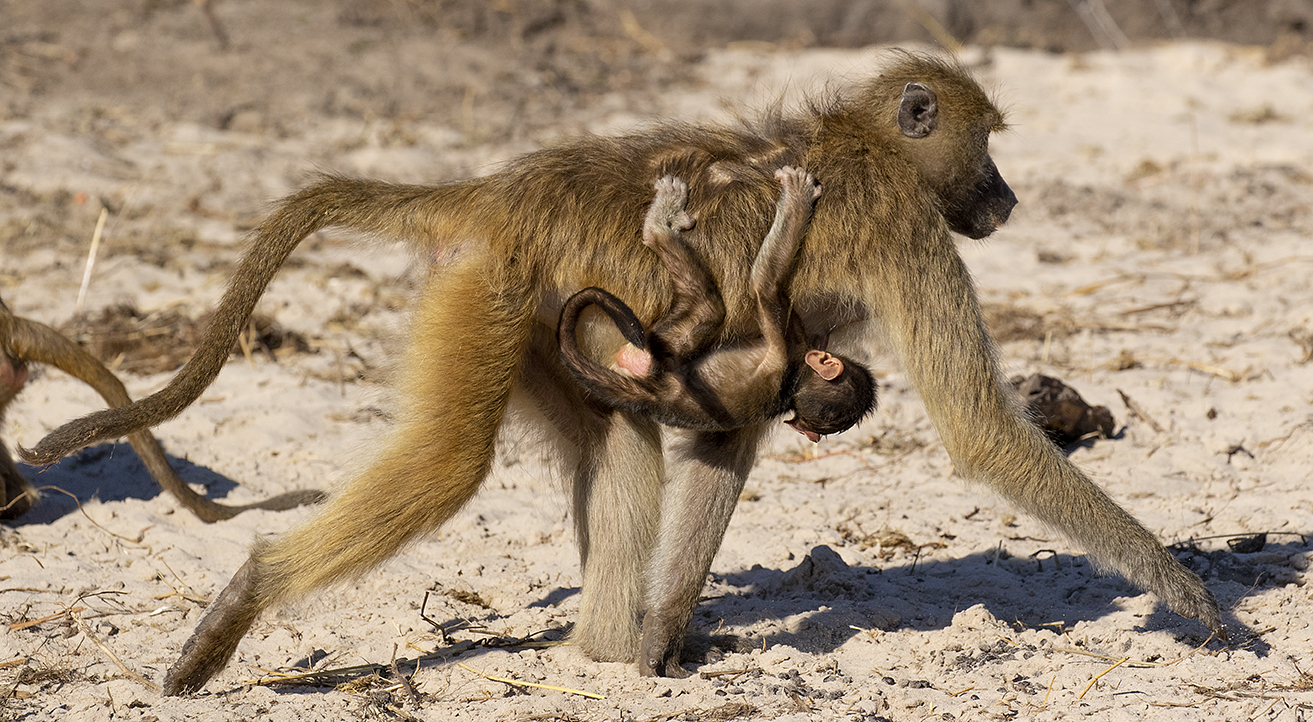 Sometimes, you have no idea as to what you have captured in the camera as they can be so quick and you just hope you got that moment. After spending time with them, you will walk away with many wonderful images.

When you are spending time with them, there will be times when you need to be looking around all the time as if you are with a large troop, there is so much on the go and so many aspects to photograph. 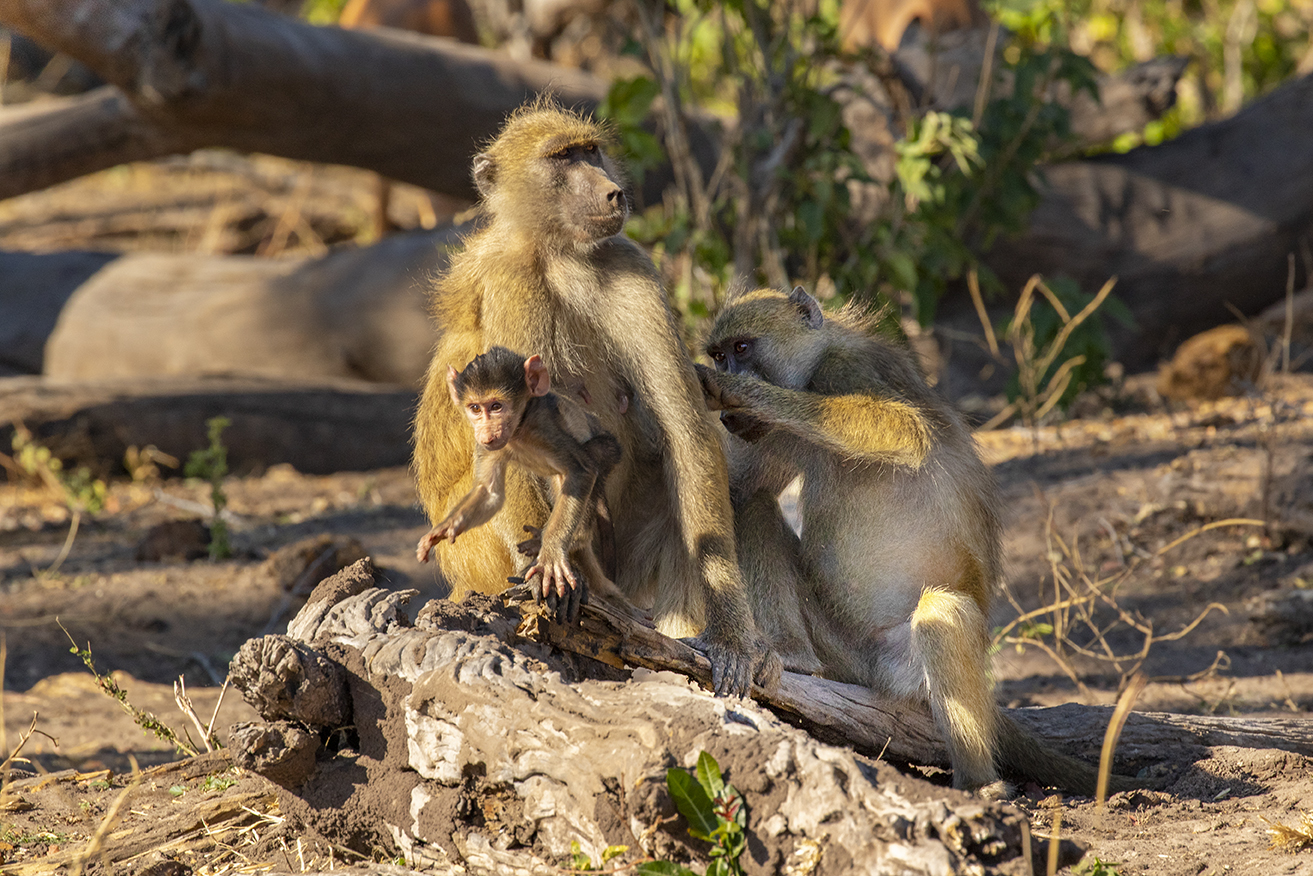 Have fun with them in Africa and if we can help you do that, join Africa Running Wild Safaris along the journey. 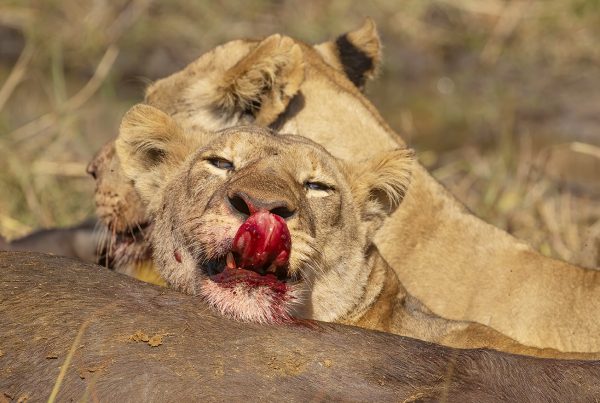 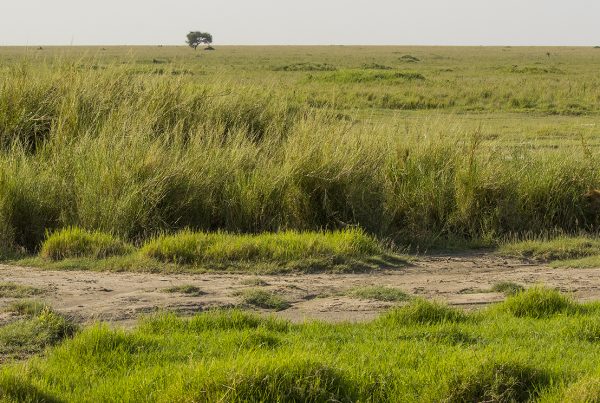 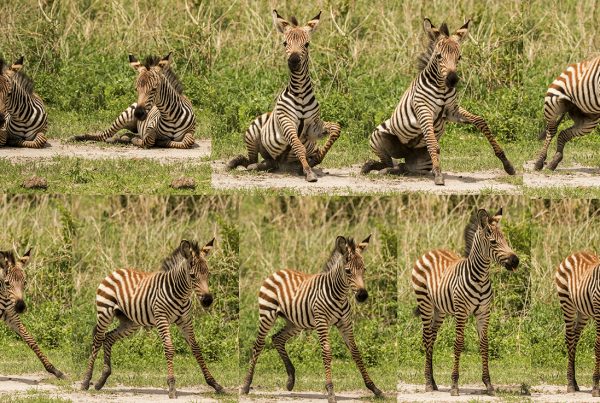